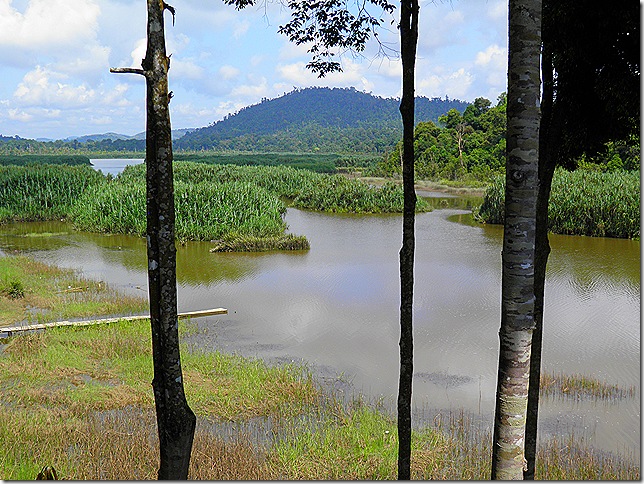 Lake Chini (Tasik Chini) is Malaysia’s second largest body of freshwater, made up of 12 inter-connected lakes amid 12,000 acres of lush wetland wilderness.

Water levels fluctuate with the seasons although a dam was built several years ago on the downstream river to maintain a higher water level. This, together with encroaching oil palm plantations in the area, provoked criticism of environmental damage to the lake.

Beneath its surface however is said to lurk a mythical creature, a dragon-like beast believed to be guarding an ancient submerged Khmer city dating from the time when the Khmer empire extended into the Malay peninsula. Some of the Orang Asli villagers who populate this area have claimed to have seen this local equivalent of the Loch Ness Monster.

I looked out for it but could only see a few fish. Meanwhile on terra firma a family of black, white and tan squirrels (I believe they are Prevost’s Squirrels) were squabbling over some oil palm seeds.

The Lake Chini Resort itself looks a reasonable place to stay. The chalets look modern and well maintained from the outside. 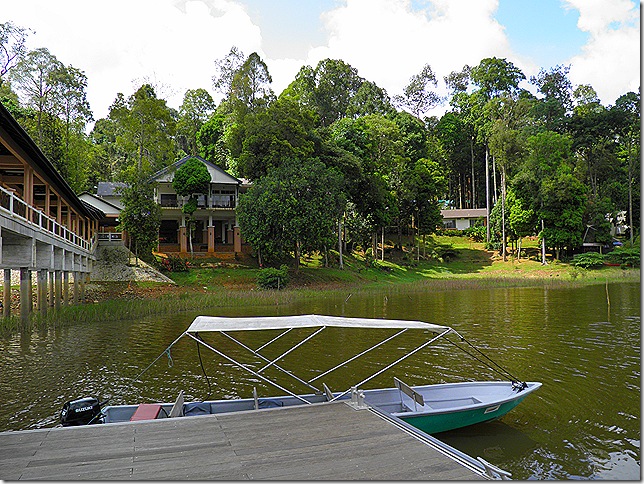 If you are fond of boating or fancy a spot of fishing or just want to catch up on some reading you could not pick a more peaceful, tranquil place. Bring your insect repellent! 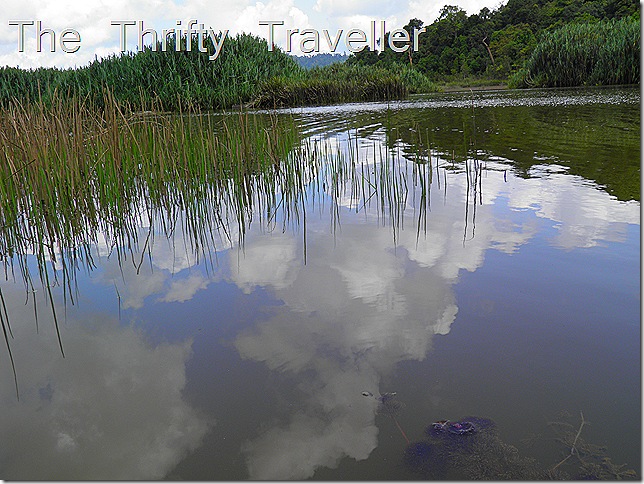