Though I am not much of a deltiologist, I do have a reasonable collection of vintage and modern picture postcards cluttering up my spare room. Among the older and more attractive postcards are a series of Oilettes which resemble miniature oil paintings and were produced by a firm called Raphael Tuck & Sons during the early 20th century. 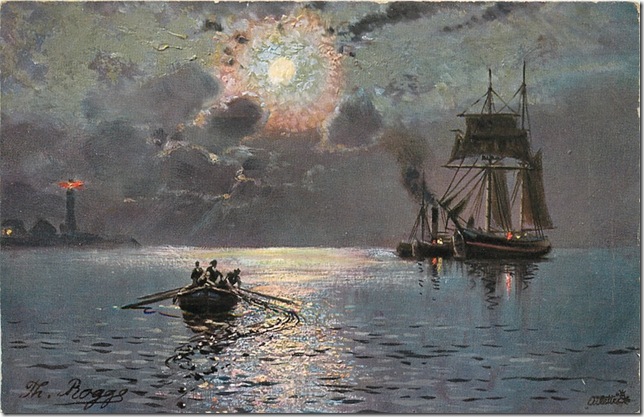 These mini works of art helped spread art appreciation to the masses:

The president of the Royal Academy, who visited the remotest corners of Scotland each year, expressed his opinion concerning Tuck’s influence on art. He said, “Mr. Tuck’s graphic productions were likely more effective than all of the art galleries in the world.” Tuck postcards decorated drawing rooms in elegant mansions as well as country cottages with their uneven, smoky walls. This art connoisseur observed that the world’s art galleries could only reach a few people while Mr. Tuck’s postcards went to millions of individuals at every level of society. (Source: TuckDB Postcards)

Raphael Tuck migrated to England with his wife and children from his native Prussia and opened a shop in London in 1866 selling pictures and frames but soon expanded into printed graphic art techniques such as lithographs, chromos and oleographs.

Tuck’s were pioneers in many ways. Although Raphael was an Orthodox Jew, it was his firm that popularised, if not invented, the modern Christmas card. His son Adolph launched a competition offering artists prize money of 5,000 Guineas (equivalent to a whopping £440,000 in today’s money) for the best Xmas card designs.

They also did much to bring about the Golden Age of Postcards (1898-1919) by persuading the British Postmaster General to accept a standardised postcard format with a picture on one side and space for a message and address on the other. 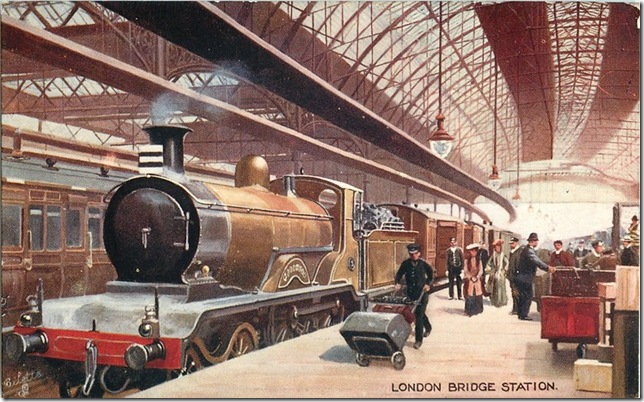 A set of oilettes depicting London Railway Stations was released in 1907 while a series of Scottish Clans was issued in 1906.

Competitions with big prize money were staged to encourage people to collect as many postcards as possible from Tuck’s vast range. These promotions had a ‘chain’ element and attracted huge public interest – early forerunners of ‘going viral’!

The company expanded into children’s books, wedding books, baby books, calendars, valentine’s cards, birthday cards and many other product lines made from paper. They expanded geographically too and at various times during their existence they had offices in London, New York, Montreal, Berlin, Bombay, Buenos Aires, Cape Town and, oh yes, Northampton.

Success brought honours and status. Queen Victoria and subsequent monarchs granted the firm the Royal Warrant of Appointment as Art Publishers to the Queen/King while Adolph Tuck was made a baron in 1910.

Their London HQ was bombed during the Blitz destroying all of their original pictures, photographs and records. The company soldiered on after the war but was eventually absorbed into Maxwell Communications Corporation in 1987.

What of the future of picture postcards? I imagine the industry is in sharp decline. As my children remind me, why would anyone of their generation want to send a postcard in this age of Facebook and Instagram?

Scenes from all over the world were reproduced on oilette postcards. Here are some of Hong Kong. Hope you like them. 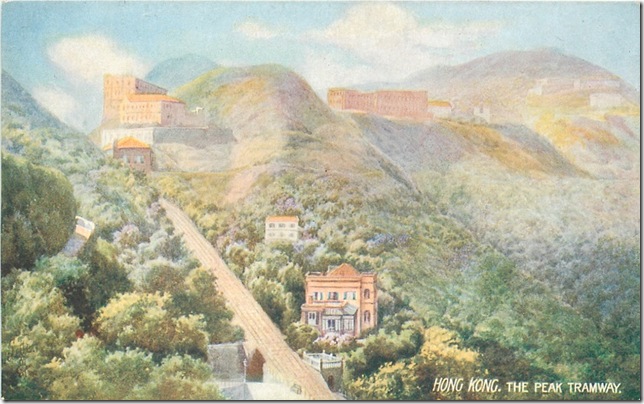 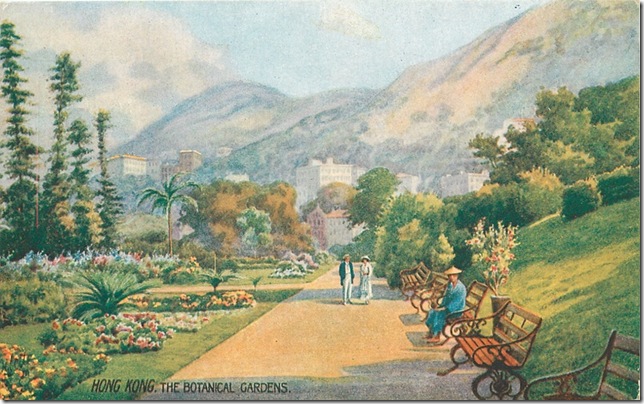 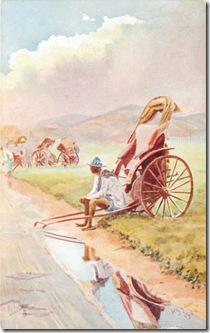 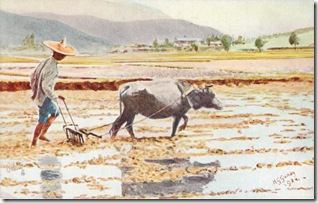 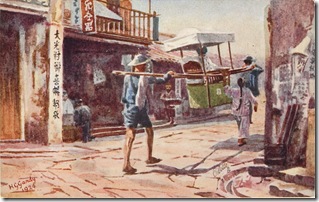 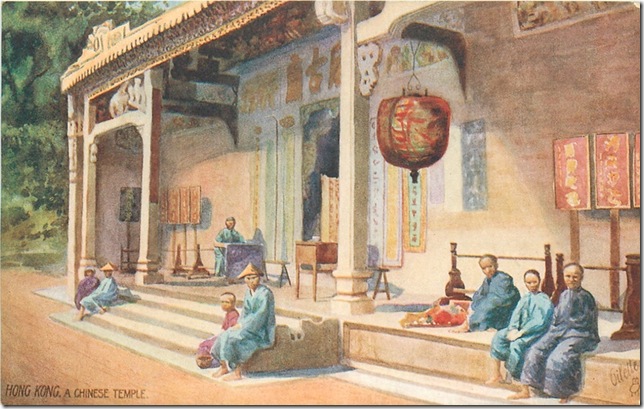 It would appear that this scene above (and some of the others) was copied from an actual photograph postcard (below) and it is possible that the artist never stepped foot in Hong Kong.

I can’t read the Chinese characters but this looks like Man Mo Temple in Hollywood Road.