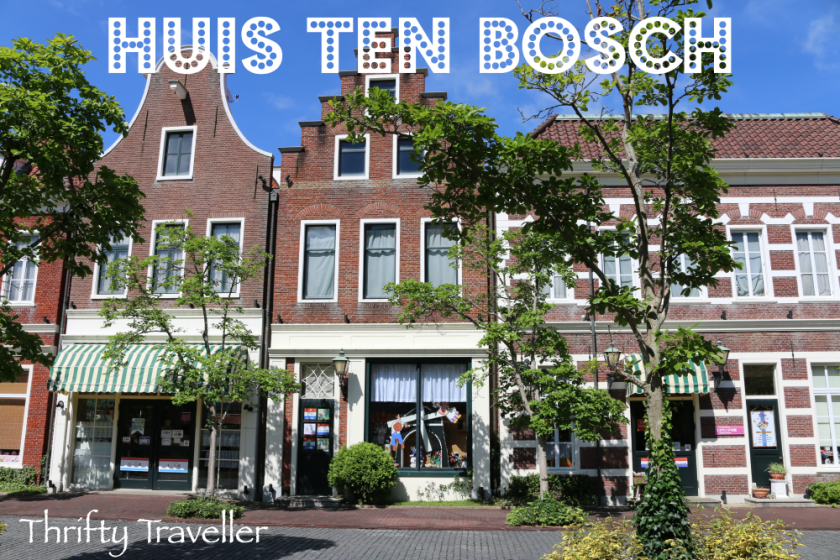 It is the summer holiday season and the family wanted to go somewhere with a European flavour so I opted for this place, Huis Ten Bosch.

You could be forgiven for thinking this is in the Netherlands but it is actually a Dutch-themed resort park near Sasebo City on the island of Kyushu, Japan.

Huis Ten Bosch was conceived during the bubble period when Japan’s economy seemed unstoppable. It was a hugely ambitious project built at vast expense, intended to be not just a theme park but the hub of a whole new city to be created on scenic Omura Bay. Timing was poor however and it opened in 1992, just as the Japanese economy was entering its post-bubble recession from which it still hasn’t fully recovered.

Huis Ten Bosch’s creators intended to attract 5 million visitors annually (13000 per day) but it never reached that level and on our trip the number of visitors probably numbered in the hundreds or low thousands.

The park was loss making from the start and by 2003 it filed for bankruptcy with debts exceeding US$2 billion. But somehow it has survived, perhaps too big and too expensive to fail, and new backers have been found to keep it going.

By 2010 the park was starting to look desolate but since then new investment from H.I.S., a travel agency company, has seen a revival of fortunes, and now it appears to be in good repair and most of the attractions are operating, albeit well below capacity.

The park’s remote location on the western extreme of Japan has been another handicap. It is two hours by train from Fukuoka and a whopping 960km from Tokyo (nearly 8 hours by train). Since the park is closer to Seoul or Shanghai than it is to Tokyo the park’s operators are hoping that Korean and Chinese tourists will help to fill the void. However the recent strong Yen might deter foreign visitors – I paid US$100 per person for two-day admission tickets which includes free access to most attractions.

Lack of visitors might be bad for the investors but it was good for us since it felt at times as though we had this huge theme park to ourselves.

The original concept was to create a theme park for adults, with beautiful gardens, museums, fine food and authentic Dutch architecture. While this is fine for older tourists like me, the lack of thrill rides and amusements did not really draw in the crowds so a lot more attractions have since been added such as a zip line, bungee jumping, a water park, haunted house type exhibits, virtual reality games, hologram theatre and much more.

What they have created is a Japanese idealised version of Europe, specifically Holland. It is like old Amsterdam minus all the grubby bits. So there are clogs, canals, windmills, cheeses and Dutch gable houses but no traffic, litter or impolite foreigners who can’t speak Japanese.

The management wanted some European faces at Huis Ten Bosch to add authenticity to the visitor experience. When the park first opened it employed 100 Dutch staff to entertain and dress up in Dutch costumes. Due to cost constraints they have since been let go but there are still a few western singers and dancers who appear to be from Romania and presumably cost less. They were good musicians.

There are four hotels within the park, including Palace Huis Ten Bosch which is a copy of a Dutch royal palace. Just outside the park perimeter are another three official hotels, the most recent of which is the Henn-na Hotel, the world’s first robotised hotel where most of the staff are robots. I considered staying there but with my fear of technology I envisaged being locked in my room forever and unable to communicate with Japanese robots. I needn’t have worried, the dinosaur robot speaks English. 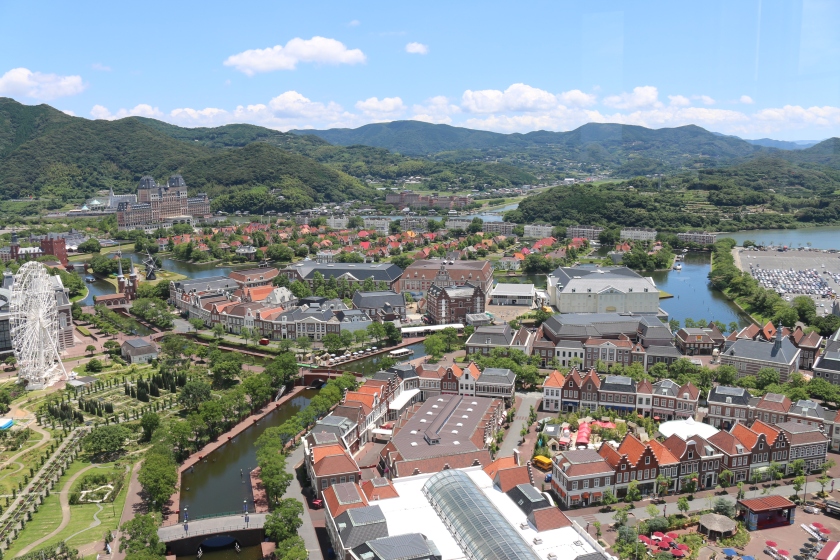 You can even live at HuisTen Bosch. The residential community of Wassenaar (red roof tops in the middle distance of this photo) comprises 130 traditional Dutch style houses and 10 apartment blocks lining the banks of a network of canals. They look very nice and are not too expensive by Japanese standards. They are mostly second homes for weekend use and are popular with boat owners who can moor their yachts in front of their houses. The only problem that I can see is that residents would have to put up with the constant replaying of Huis Ten Bosch’s Disney-like theme tune which would be clearly audible from the houses and would be likely to cause insanity after a few days of residence.

I’ve been to a lot of theme parks over the past few decades. I find them rather tiring with far too much queuing. Huis Ten Bosch is different. There was no queuing at all. It may lack roller coasters and other thrill rides but there is plenty to do for the whole family. I would recommend it.