Palembang does not rank highly on most lists of ‘things to do in Sumatra’. It’s a bit off the tourist trail being far from any beaches, waterfalls, scenic lakes or spectacular volcanos. But for those who make the effort to reach the city there are a few attractions worth seeing. Here are the highlights of my recent trip. 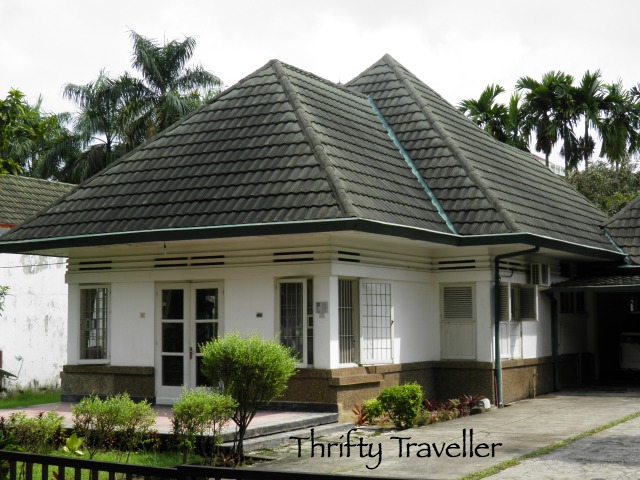 Although they are not promoted as tourist attractions there are a few buildings left over from Dutch East Indies days, mostly clustered around a small lakeside park called Kambang Iwak, one of the few green spaces in town. 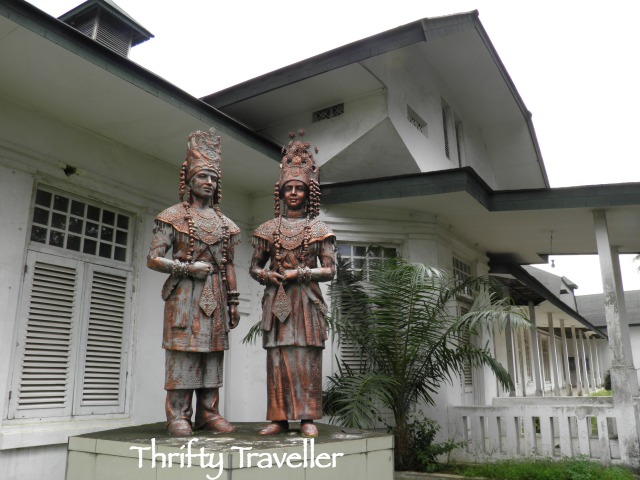 This once-grand building is said to have been built in 1883, I would imagine as a home or office for senior Dutch officials. Its most recent use was as the Province of South Sumatra Textile Museum which explains the sign over the entrance and these statues but it now appears to be empty and in need of some restoration. 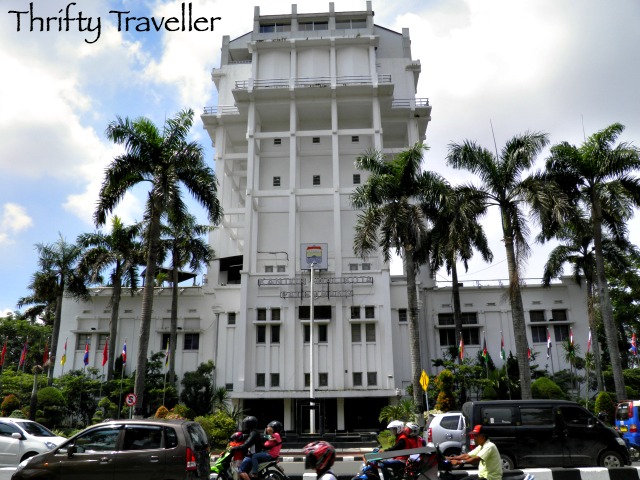 This strikingly unusual building is the Mayor’s Office or Kantor Walikota Palembang. You might think the tower section is a recent addition but the building was designed this way in the 1920s by the Dutch administration who wanted a 1200 cubic metre water tank above the office to provide sufficient clean water to the surrounding colonial district. It is now nicknamed the Office of Plumbing. 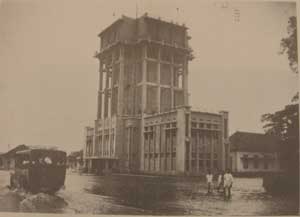 This photo from the 1930s shows it hasn’t changed much. By the way, the Indonesian word kantor originates from the Dutch word for office, kantoor. Although Bahasa Indonesia and Bahasa Malaysia stem from the same Malay language there is quite a variation in vocabulary between the two countries and Indonesia has borrowed a number of words of Dutch origin. 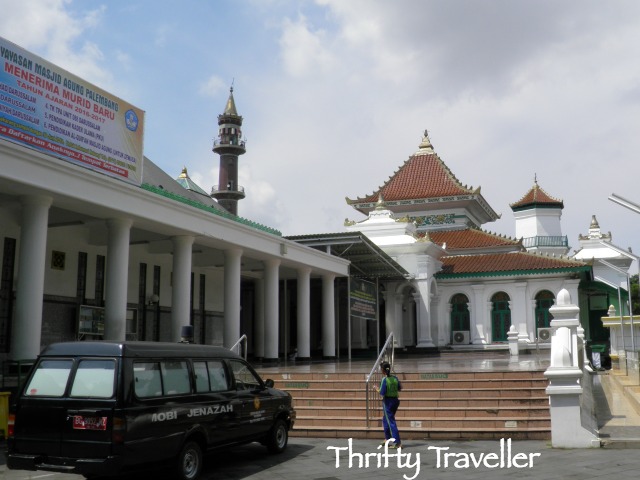 The Great Mosque of Palembang, with its Chinese-influenced roof and pagoda style minaret, is one of the city’s more historic landmarks. The older parts of the complex were completed in 1812 but it has been expanded and remodelled a number of times since then. 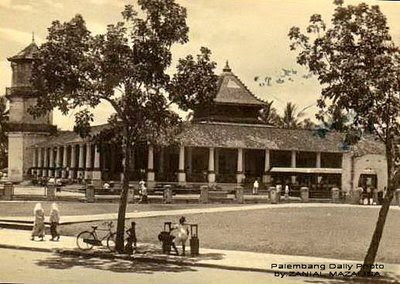 This vintage postcard shows how it looked before all the recent additions. Better then, but it was too small to accommodate the growing number of worshippers. 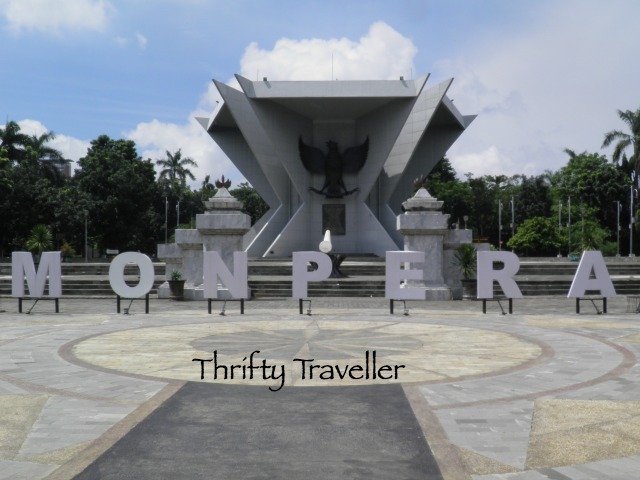 This monument and surrounding square commemorates the independence struggle against the Dutch and the suffering of the Indonesian people during the Japanese occupation. 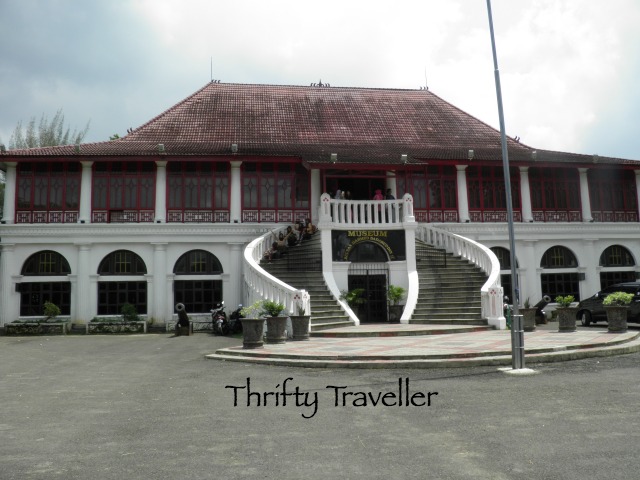 This museum is named after the 8th Sultan of the Palembang Sultanate who ruled from 1803 to 1821 and is now regarded as a national hero. The contents of the museum are nothing special but the building itself is attractive, completed in 1842 by the Dutch on the site of a former palace. 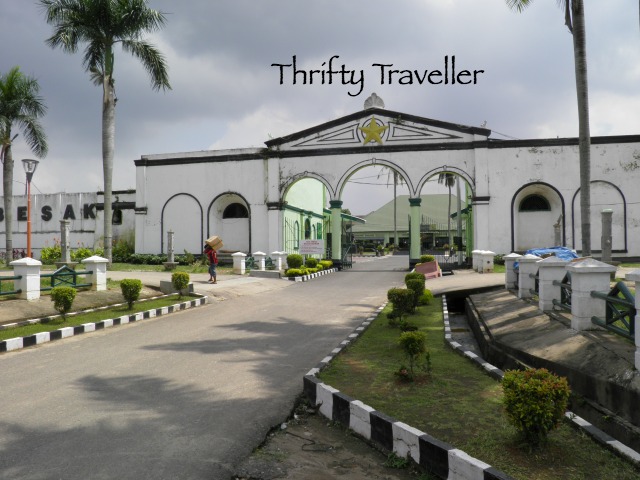 Down by the riverside is a fort whose origins date from 1780. It was largely destroyed by the Dutch in 1821 who later rebuilt most of the walls we see today. It still serves as a military camp so entry is not permitted. 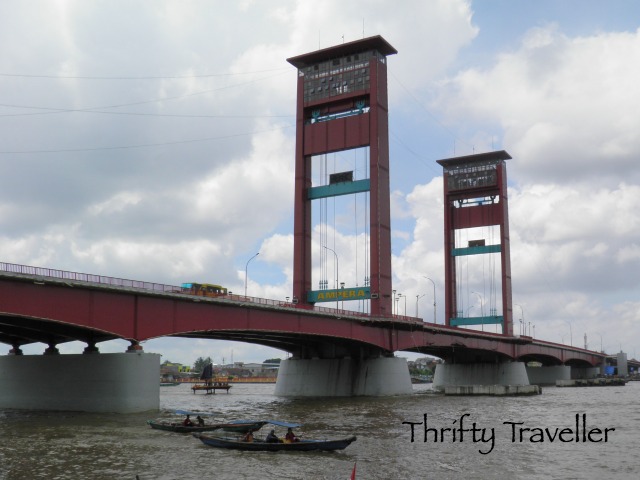 Palembang’s most famous landmark is probably the Ampera Bridge which was constructed in 1962 and paid for by the Japanese as part of their war reparations to Indonesia. The name Ampera is an acronym for Amanat Pendiritaan Rakyat meaning Mandate of People’s Suffering – not the most catchy name for a bridge. 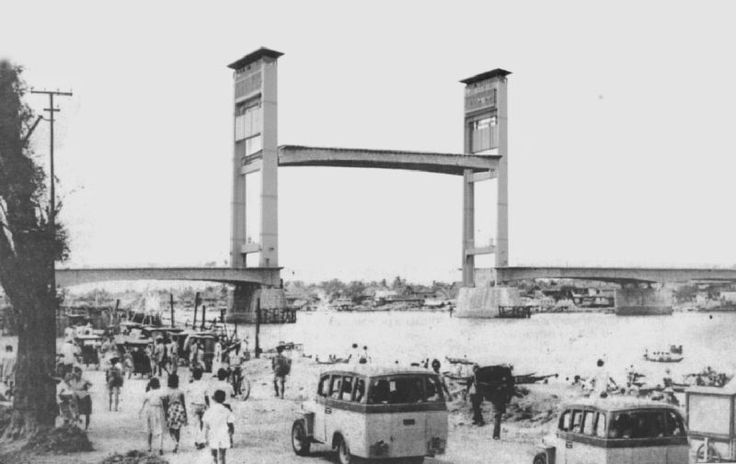 As this old photo shows, the central span was designed to lift up using giant counterweights to allow tall vessels to pass underneath.  However it is no longer raised for safety reasons. 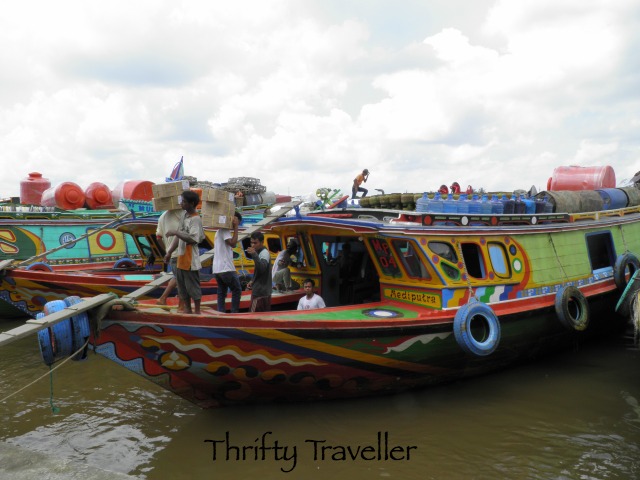 Palembang is a major inland port and the busy waterfront is an interesting place to watch boats being loaded and unloaded.

The above video shows the little boat I hired (with driver) to take me to Kemaro Island. Somehow I managed to pick the boat with the slowest and noisiest engine on the river.  At first the rickety wooden boat rocked precariously in the choppy river and I was slightly concerned that we might be tipped into the stinking brown water but the driver regained control and once I got used to the mild deafness from the engine noise I enjoyed the trip. 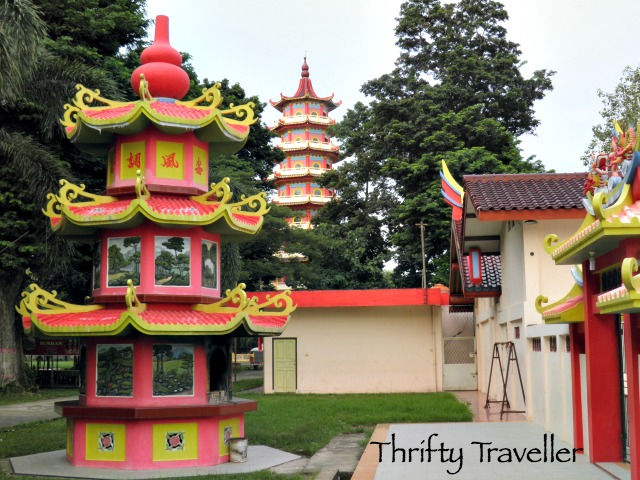 The boat trip passes a large industrial plant (urea) before arriving at Kemaro Island where there is a Chinese pagoda and temple and not much else. 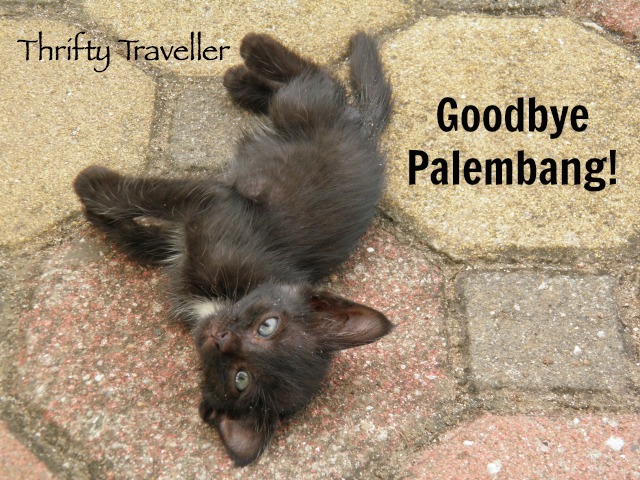 There are a few more attractions in Palembang and I have plotted all their locations, as well as the above spots, on a map in case you ever want to visit Palembang in the future.