While in Chiang Mai last month I went along to the city’s charming railway station.

The station master obviously takes great pride in the station’s appearance. The platforms are decorated with potted plants and statues of elephants. The sparklingly clean ticket hall has portraits of Thai Kings, past and present, and a waiting area reserved for monks. There is even a Thai massage parlour which could be handy if you have a long wait for your connection.

I was intrigued to think that I could board a train here which would take me, albeit with a couple of changes, all the way to my local station just south of Kuala Lumpur.

How long would it take? As you can see from this map, Chiang Mai to Kuala Lumpur is a long way, over 2,000km or about 3 hours flying time. By train, I calculate that it takes about 51 hours and 50 minutes!

The train departs Chiang Mai at 18:00 and reaches Bangkok the next morning at 6:50. Then you have to wait 7 hours and 55 minutes in Bangkok for the 14:45 departure to Malaysia arriving at the border town of Padang Besar at 8:55 the next morning (yes, that’s two nights already on Thai trains).

Unfortunately you will have just missed the connection to KL and you have to wait 7 hours and 20 minutes for the next train, departing Padang Besar at 16:15. From here though the pace accelerates now that the new electrified ETS train service has been extended all the way up to the border and you will arrive at KL at 21:50 feeling quite weary I would imagine.

Of course there are sleepers, 1st and 2nd class, and restaurant cars on the Thai trains (no longer serving alcohol) so the journey would be reasonably comfortable.  The cost of the Chiang Mai / Kuala Lumpur train tickets, one -way,  would be around US$100 including sleepers. Not bad value at all but you could fly on Air Asia instead for just US$43.

If you want to know anything about train travel in Thailand or Malaysia (and just about everywhere else in the world) I thoroughly recommend The Man in Seat 61 website.

We have just returned from a short family holiday in Chiang Mai, a place that I have not visited since the 1980’s.

Chiang Mai is a bustling city located about 700km north of Bangkok. The fast growing metropolitan area has a population of a million or so but the city proper, with around 170,000 inhabitants, retains a small town feeling. At its heart is the charming ancient square walled town surrounded by brick ramparts (of which only fragments still stand) and a moat.

Chiang Mai’s northerly location and moderate elevation of 310 metres above sea level produce a more comfortable climate and at this time of year the weather is perfect with mean December low and high temperatures of 15°C and 28 °C respectively and an average 8 1/2 hours of sunshine per day. 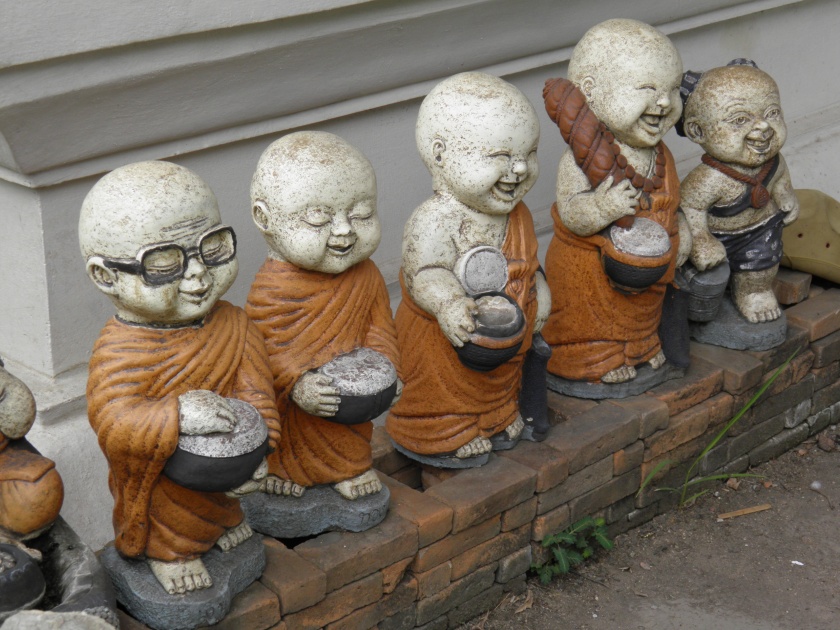 Good weather, friendly people, delicious food and a vibrant culture combine to make Chiang Mai  very attractive to tourists and it came in at 24th on Trip Advisor’s list of 25 Best Destinations in the World in 2014, though it dropped off the list in 2015 (not that I put much store in such lists).

Expats seem to like living in Chiang Mai and there appear to be a lot of long-term foreign residents here, including retirees.

Over 5 million foreign tourists and 10 million Thai tourists visit Chiang Mai annually and it seems most of them were in the Sunday Market at the same time as us. The crowds were crazy!

The Night Bazaar was less busy and a good place to shop for tourist tat, T-shirts, Thai handicrafts and souvenirs. Some of paintings being sold by artists here were of high quality.

There are dozens of splendid Thai Buddhist temples to visit, including the city’s most famous landmark, Wat Phrathat Doi Suthep. This temple is located on a hill overlooking the city at an altitude of 1073 m.

We travelled the 18 km trip to the temple in the back of a songthaew which is a pick-up truck with bench seats in the back. While this is a fun experience (like a jeepney ride in the Philippines) the diesel exhaust fumes inhaled on such trips are noxious and probably life-shortening.

Tuk-tuks are just as bad and the sooner these ubiquitous methods of transport are replaced with non-polluting electric vehicles the better.

To experience some cleaner air we took a river cruise on the Ping River which runs through the heart of the city and is a major tributary of the Chao Phraya River. The two hour cruise was on a traditional teak rice barge and stopped off at the ‘Thai Farmer’s House’  where we could see exotic fruit trees, herbs and vegetables and admire a pair of large wild boars enjoying an afternoon siesta.  It was quite a touristy thing to do but pleasant all the same. 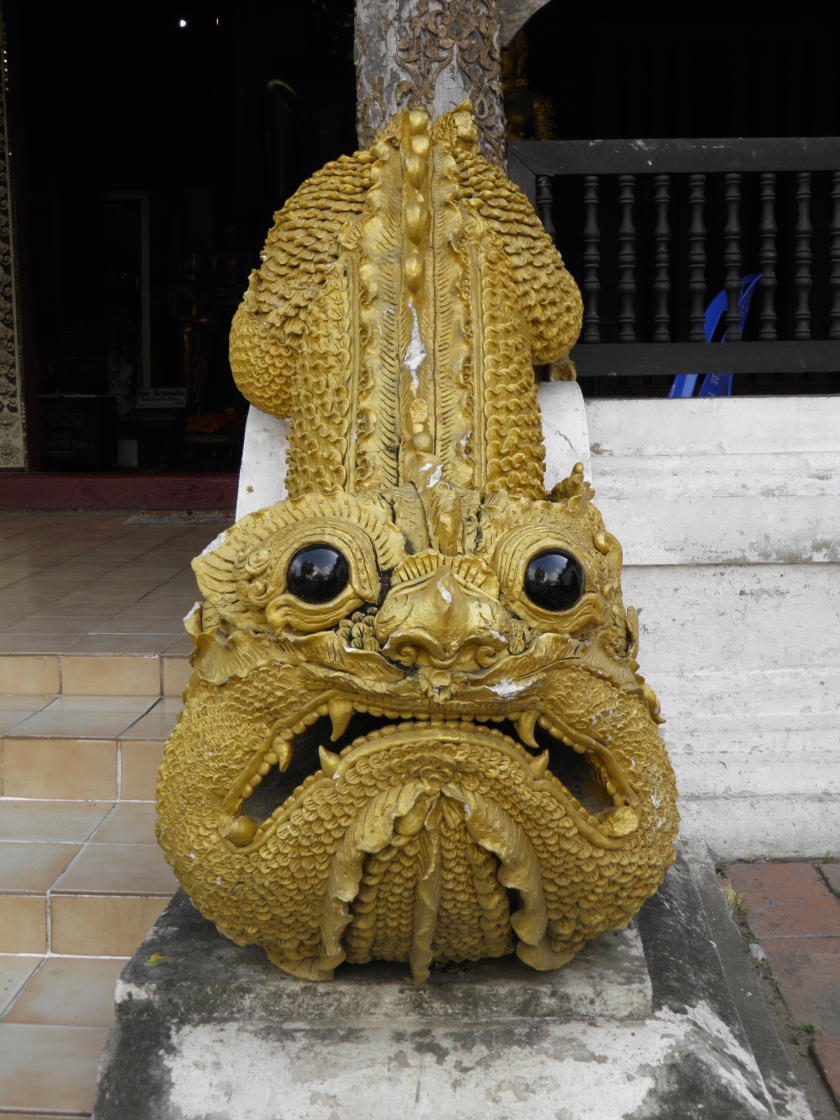 Air Asia has direct flights from Kuala Lumpur to Chiang Mai making it a convenient and inexpensive place to visit for us Malaysia residents. We might go again one day.