Chengdu’s Renmin Park (or People’ Park) is a good place to sample Chengdu life and see the locals at play.

My family and I came across this park by accident and were attracted by the tremendous din indicating that something was going on. On closer inspection it seemed that every square inch of this park was occupied by people doing a vast range of activities.

First of all there was the outdoor karaoke section where half a dozen or more performers were simultaneously performing different songs, ranging from Chinese opera to pop, and competing to see who could make the biggest racket.

Nearby, old men were practicing the art of water calligraphy – drawing Chinese characters on paving stones with a giant paint brush dipped in water. 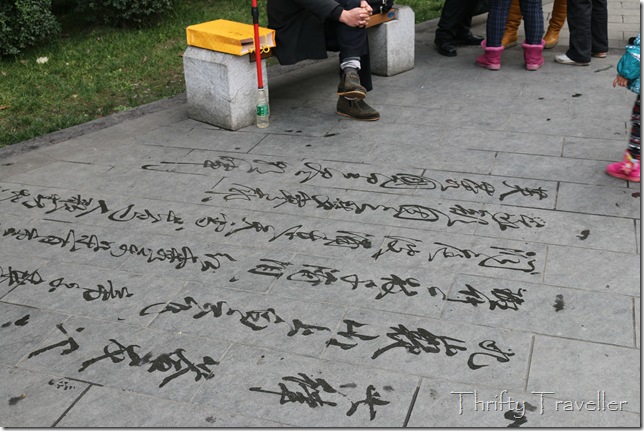 I don’t know what they were writing but the brushwork looked very accomplished. These fleeting works of art are a reminder that everything is temporary. The Chinese authorities probably approve of this medium too. In the event that something is written which is not in accordance with the Party line it self-erases within a few minutes.

Dancing in various forms seemed to be the most popular activity, particularly among women, with large groups doing formation aerobic dances for exercise and to keep warm. Ballroom dancing, fan dancing and tai-chi exercises were going on in other parts of the park. 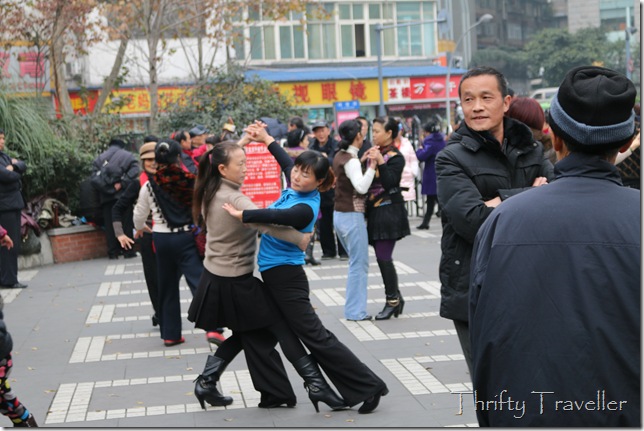 Vendors were making edible sculptures from candy while ear cleaners were roaming the park armed with frighteningly long, pointed scrapers and brushes looking for grubby-eared customers to dig.

The whole pace was a hive of activity. It seems the Chinese are not ones for sitting around and wasting their time. This probably accounts for their success.