Like many of my generation, I was an avid stamp collector as a boy and I specialised in Commonwealth and British Empire stamps. Through stamps I learned something of Britain’s former possessions and protectorates with exotic names like the Kathiri State of Seiyun, Mafia Island, Stellaland, Poonch and the Cocos Islands (the Cocos were for a time part of the Straits Settlements).

But until I moved to Malaysia I had never heard of Dindings, a strip of Perak territory which was ceded to Britain in 1826 and remained a colony as part of the Straits Settlements until it was returned to Perak in 1935. This may be because Dindings never issued its own stamps, using instead either Straits Settlements or Perak stamps. Stanley Gibbons’ specialised stamp catalogue for Malaysia doesn’t even mention Dindings, possibly an oversight on their part.

Dindings (which was renamed Manjung on 1 January 1982) comprises the island of Pangkor and the towns of Lumut and Sitiawan on the mainland. The districts of Beruas and Pantai Remis also come under modern-day Manjung.

Following the signing of the Anglo Dutch Treaty in 1824 the British stepped up their involvement on the Malay Peninsula and they took control of Pangkor Island in 1826 with the aim of suppressing piracy. They also probably wanted to prevent the Dutch from returning – the Dutch had had a minor presence on Pangkor since 1661 though they abandoned the island for good in 1748. 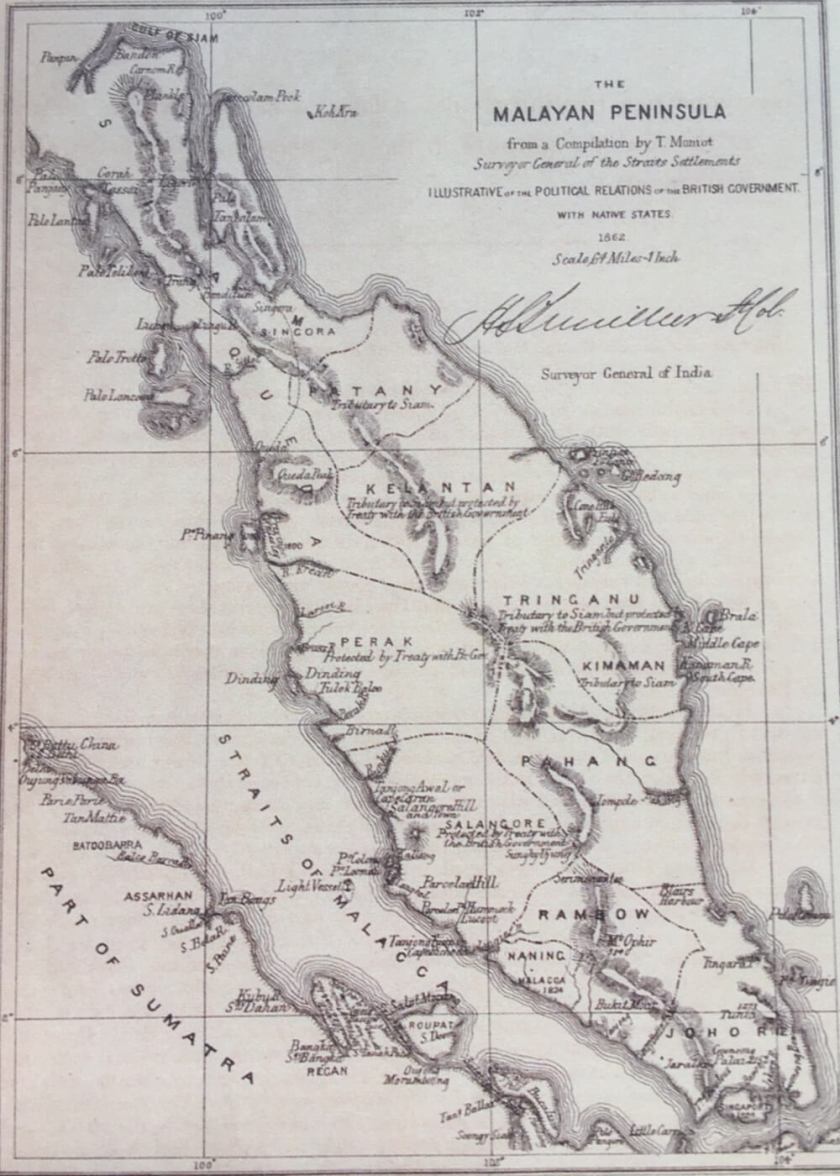 In 1874 the Pangkor Treaty was signed with the Sultan of Perak under which Pangkor and the strip of mainland containing Lumut and Sitiawan was ceded to Britain and placed under the wing of the British Governor in Penang. Britain demanded this territory as reward for helping to bring peace to Perak between two rival Chinese clans who were feuding over tin mining.

Having obtained the Dindings, Britain did very little with it. The original intention may have been to use it as a gateway to Perak’s booming tin ore trade but it was found more convenient to use Port Weld, which had a harbour and branch railway line, to export tin. No railways were ever built in Dindings and no port was developed. With Penang not far away the Dindings were probably seen as superfluous.

Today there is little to show that Britain was ever there – just a couple of post offices and police stations, one or two schools and churches and a number of colonial-era bungalows and government offices.

In recent years Malaysia has developed Manjung significantly. The Royal Malaysian Navy has its main base at Lumut and the bustling towns of Seri Manjung and Sitiawan sprawl over a wide area. Pangkor has become a major tourist destination but it still retains a relaxed and sleepy feel.

By the way, while revisiting Pangkor last week I made a discovery. The drawing on the famous rock on the island which people have for years been calling Tiger Rock is not a tiger at all. You can read about my revelation on my Malaysia Traveller website.