Jugra Hill rises abruptly 146 meters from the surrounding plain and offers a splendid view of the Langat River, the Selangor coast and the Straits of Malacca beyond. 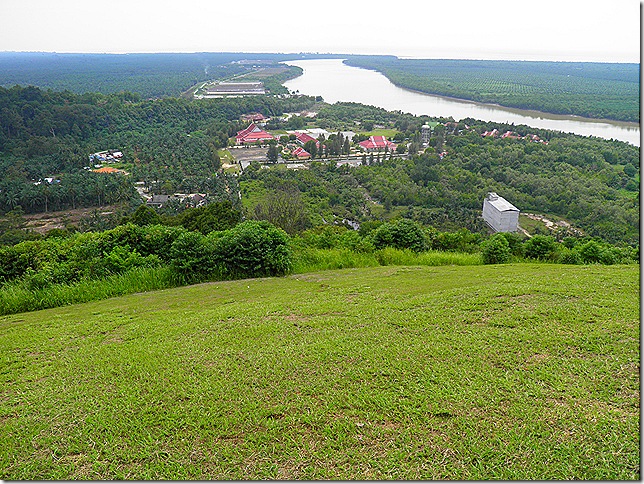 Its prominent position gave rise to various legends. During colonial times, lonely British administrators would pass their evenings listening to village elders recounting ancient tales of Malay folklore. Fortunately one or two administrators wrote some of these stories down. One account tells of the Princess of Malacca, Tuan Putri Gunong Ledang, who killed her husband with a needle while on board a sampan. She brought his body ashore and buried it at the foot of Jugra Hill. She was accompanied by two cats which turned into ‘ghost tigers’ to guard over the burial place. 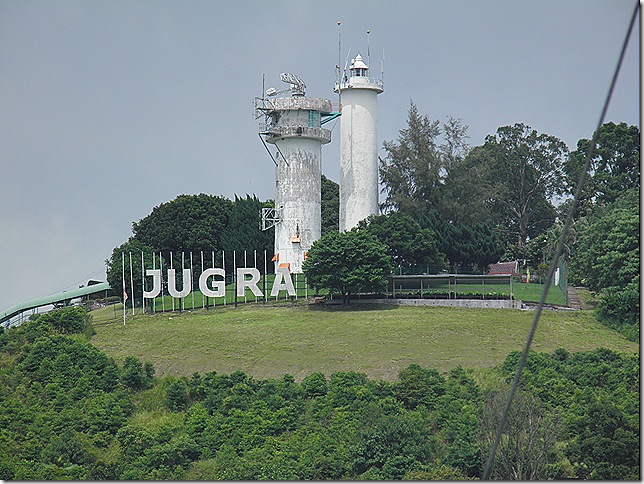 A more recent legend concerns the Jugra Lighthouse. Before it was built the shifting currents of the area would frequently lure passing vessels to become wrecked on its shores.  The lighthouse (on the right) was built during the colonial era (the tower on the left was built in 1976). According to legend, the hill, disturbed by the construction of the lighthouse, bled for 30 days causing the river to turn red. Sounds a bit unlikely to me but who am I to dispute local myths?

Even today the jungle on the side of the hill is said to be full of hantu (demons or ghosts) and some say their cries can sometimes be heard in the middle of the night . We didn’t see anything scary during our visit but I must admit the ruins of the old palace at the foot of the hill were a bit creepy, not helped by the fact that they were right next door to a large cemetery. 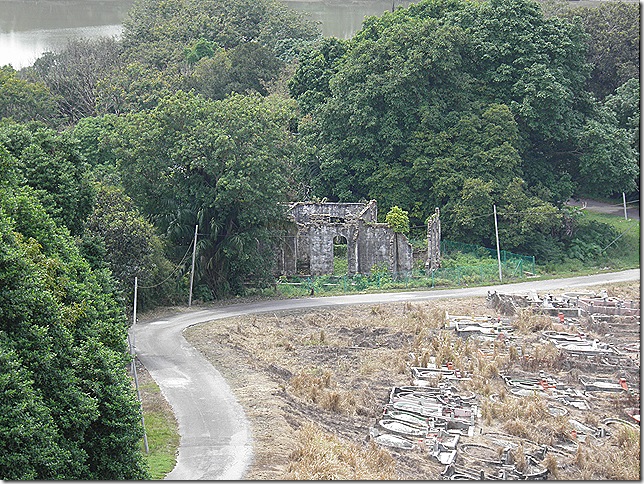 Nowadays the hill is most famous as a venue for paragliding. Those who come up on foot make sure they go back down before it gets dark! 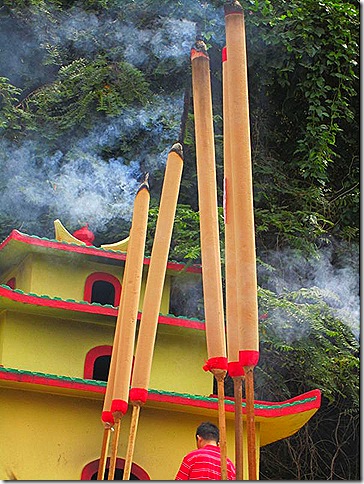 On the approach to the hill we passed a restaurant renowned for its specialty dish, beggars’ chicken. This humble-looking eatery attracts diners from as far as KL  to sample their chicken stuffed with herbs, wrapped in paper and left to cook slowly in a pile of glowing embers. When ready it is apparently delivered in a wheelbarrow to your table where the wrappings are cut open to release the succulent meat. I say ‘apparently’ because the restaurant was closed for Chinese New Year and even if it wasn’t you have to book a day in advance and no walk-in customers are entertained. 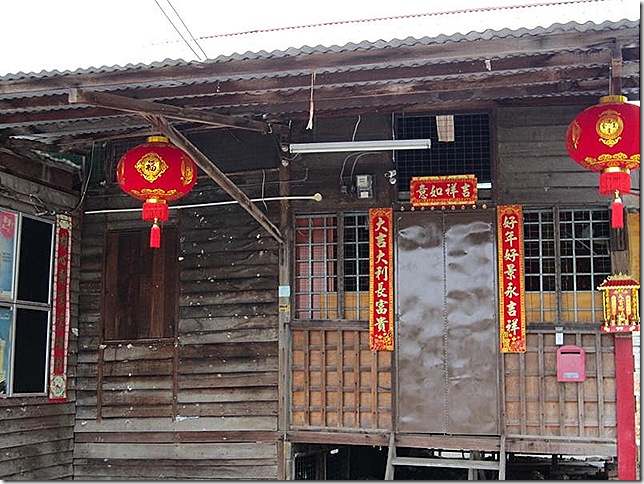 A few kilometers up the road is the sleepy and picturesque village of Bandar where the Istana Bandar (also known as the Ala’eddin Palace) is situated. Disappointingly this attraction was closed for renovation and despite a sign saying that it would reopen in July 2009 it was still (in Feb 2011) off limits. But at least the renovation, from the outside at least, looked complete. The palace ceased to be the royal residence of the Sultan of Selangor in 1938 since when it has served among other things as a craft centre and an Islamic studies school. 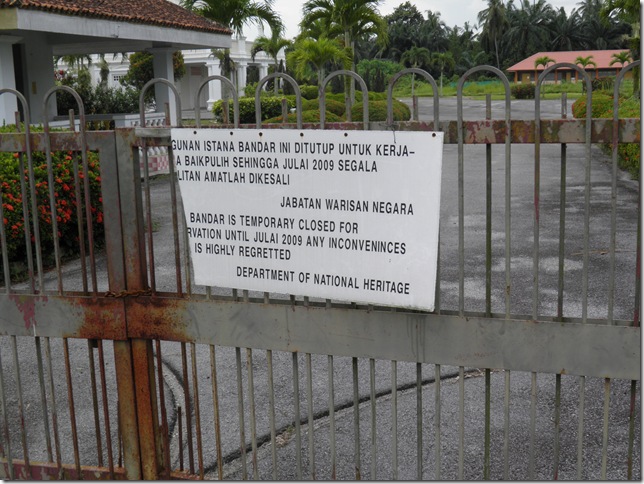 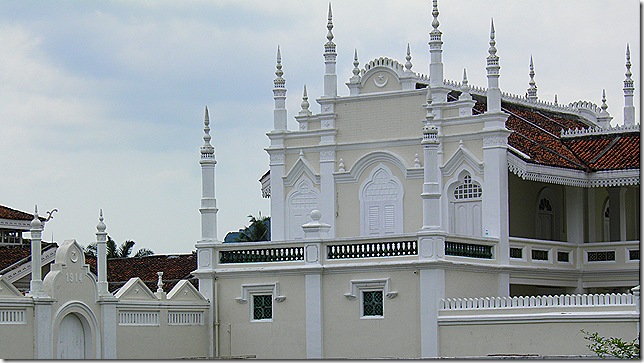 Next door is the colourful Ala’eddin Mosque (also known as Bandar Masjid) built in 1905, the same time as the neighbouring palace, so that the Sultan could perform his Friday prayers. The design is said to originate from the Deli kingdom in Medan, Sumatra. 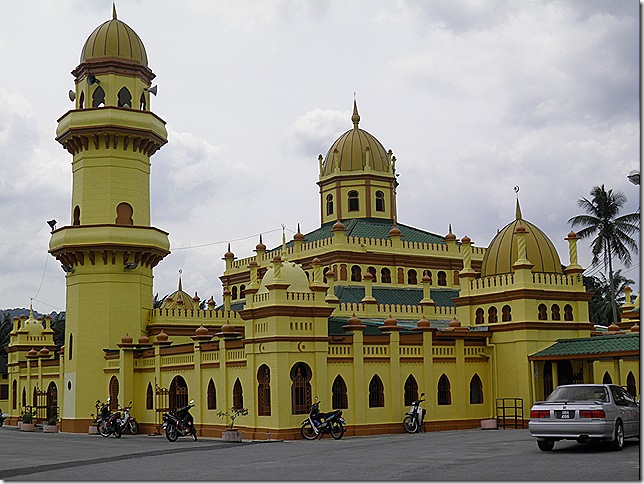 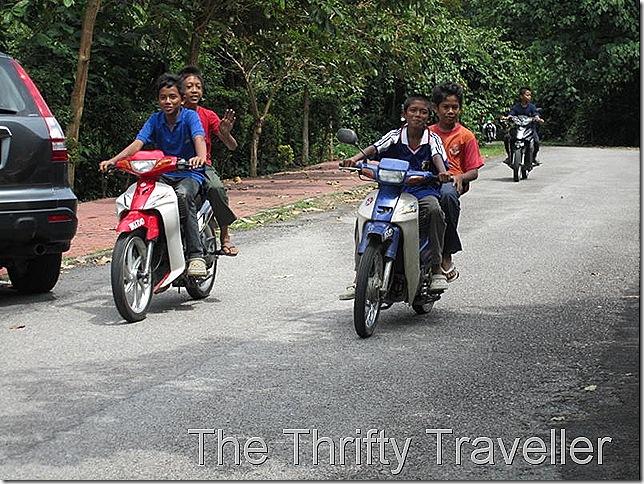