I had read somewhere that Kampung Endah was considered to be the cleanest and loveliest village in Malaysia. Since it is not that far from where we live, on Sunday I drove the family there to find out. 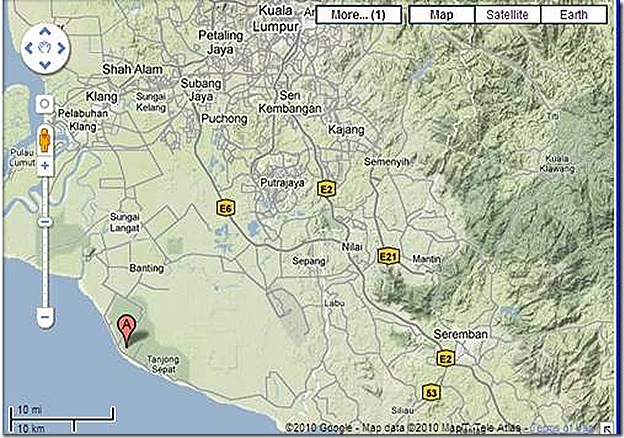 It is located close to the coast (Straits of Malacca) about half way between Klang and Port Dickson.

Apparently the village only dates back to the 1950’s  when three older villages were relocated to this new location. This was the time of the Malayan Emergency and the Government had a policy of resettling villages into guarded, barbed-wire ringed settlements in order to deprive the Communist terrorists of food and supplies. This policy was successful and the terrorists were eventually starved out of their jungle bases but it does mean that many villages lost their original natural settings. Kampung Endah is surrounded by parallel rows of oil palm trees, bordered with straight drainage canals and roads. Even the village itself is laid out in a grid pattern rather than the more haphazard  look of a traditional kampung.

The new settlement was originally called Kampung Pindah, meaning ‘moved’ or ‘relocated’ village but the name was later changed to Kampung Indah, meaning beautiful though the current spelling is Endah, meaning friendly. Either spelling, it seems an appropriate name. It must be a friendly place because they have a home stay programme where tourists can stay with a local family to experience traditional Malaysian kampung life.

Is it the most beautiful village in Malaysia? Well certainly there are a number of attractive traditional wooden homes.  And the streets are clean and tidy. It seems the village won a Most Beautiful Village award in 1994 but that was quite a long time ago. There are some fancy pavements and up-market lampposts but is that grass growing on the path? Perhaps a case of the village resting on its laurels?

If any reader knows of a kampung which is more deserving of the title ‘Most Scenic Spot in Malaysia’ I would be delighted to hear from you. 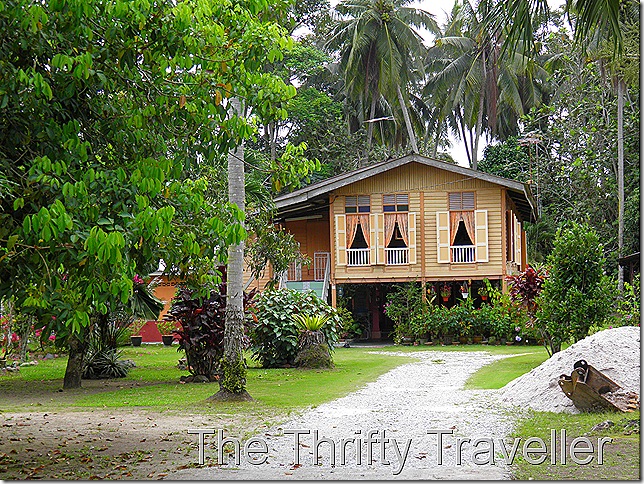