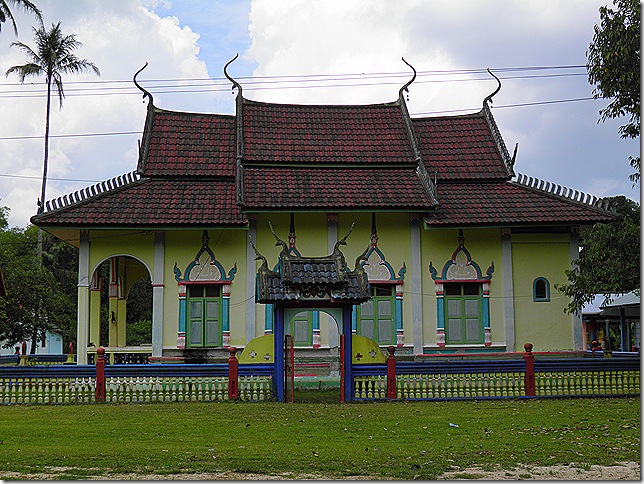 Kelantan may have a reputation as the most Islamic of Malaysia’s states but that does not mean that other religions are not accepted.

There are a surprising number of Thai temples in the state, especially in the Tumpat and Pasir Mas districts. Or maybe not surprising given the district’s proximity to Thailand and the state’s long association and historic links with its northern neighbour.

There are a significant number of Malaysians of Thai descent in this area and at there are at least 20 Thai temples here.

I visited a few recently on my travels.

I came across Wat Khosakaram (at Kampung Lubok Batil) by accident when I was looking for the much more famous Wat Uttamaran. I followed the sign post which directed me down narrow pot-holed lanes lined with rice fields and palm trees before eventually arriving at this isolated and peaceful spot. The date on the gate says 1996 but presumably this must be when it was renovated because I read that this temple is over 100 years old. 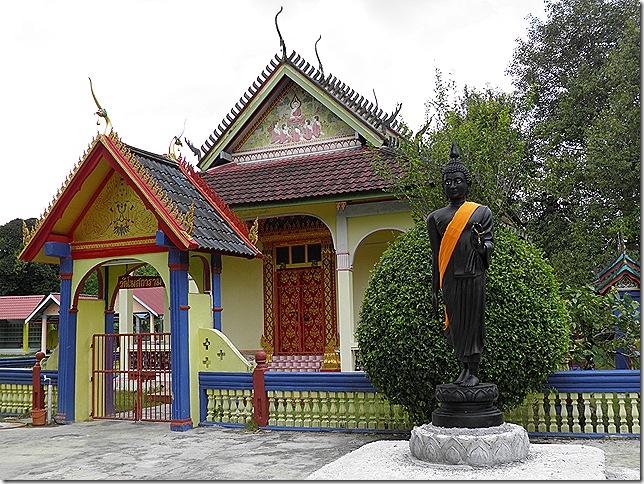 I then went to Wat Phothivihan, Kelantan’s most famous Thai temple with a 40 meter reclining Buddha statue, often mistakenly described as the biggest in South East Asia, though it is Malaysia’s largest. 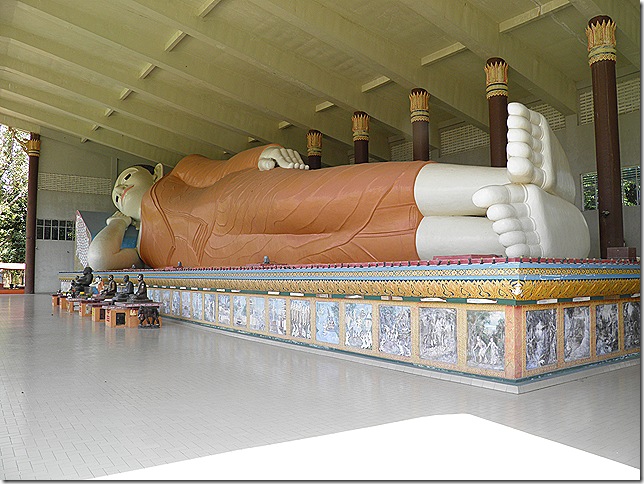 You can read more about this temple on my Malaysia-Traveller website.

The third temple I visited was Wat Pracacinaram at Kampung Kulim.

They have a sauna here where you can enjoy herbal steam baths infused with ginger, onion and other essences. Just add soy sauce and you will know how a steamed fish feels. I did not give it a try as I was sweating enough already. Revenue must be good as they are building a substantial extension. 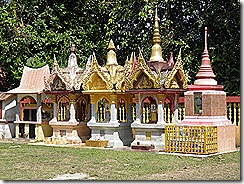 Kelantan’s Thai temples are something different and reminded me that it is time to do some more travelling outside of Malaysia. 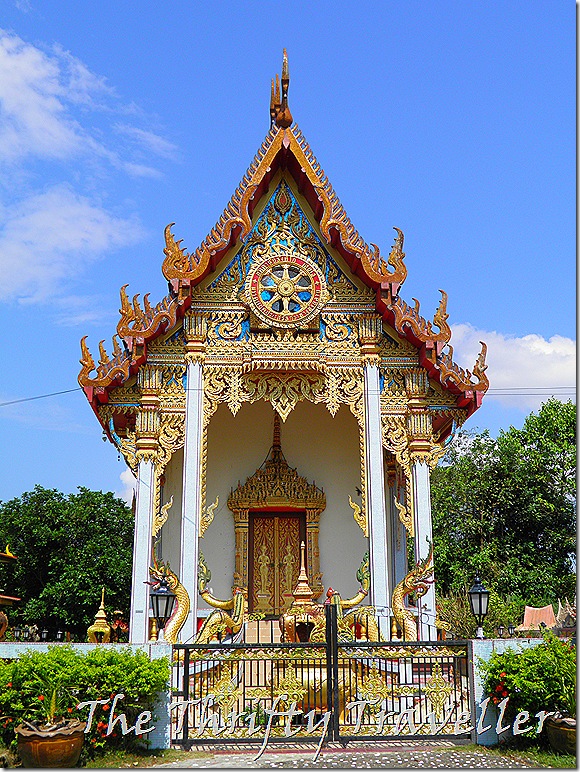