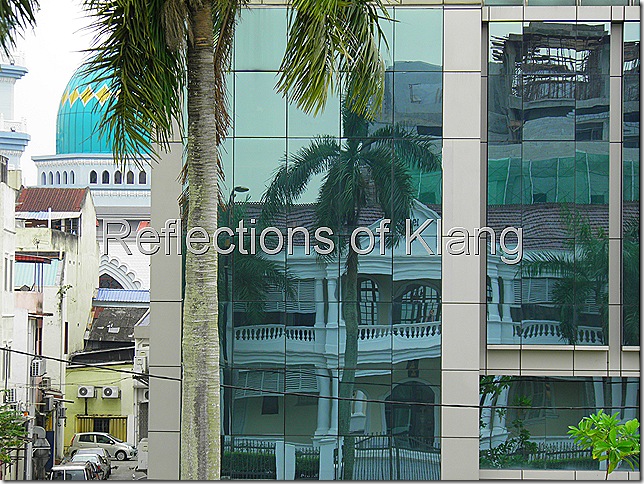 My guide book on Malaysia says that the only tourist attraction worth seeing in Klang is the Tin Museum which is housed in a 150 year old warehouse building next to the River Klang. I went there today and found the building quite easily but it was padlocked and there was no signage to indicate that it is still a museum so I suppose it is no longer operational.

That was a disappointment but when that sort of thing happens you just have to look a little harder to find something of interest. This historic town, a former royal capital of Selangor, the wealthiest and most populous state in Malaysia, must have something else of appeal to visitors. And soon enough I found it, a gem of a museum, the Royal Gallery (Galeri Diraja Sultan Abdul Aziz) located on nearby Jalan Stesen.

Would you believe it, this classic old building dated 1909 was designed by that prolific architect AB Hubback! This is the third week running that I have come across one of his buildings purely by accident (see my Ipoh and Seremban posts). Originally built as a colonial government office, the building served as a Japanese military headquarters during WWII and was home to various local government departments since independence before being converted into this excellent museum a few years ago. The museum (free entry) contains a great collection of the late Sultan of Selangor’s personal artifacts, memorabilia and royal paraphernalia. The displays include day-to-day items (for a king!) like silver tea services and plates as well as a tea spoon collection, cameras, coins, medals, models, some superb krises (Malaysian daggers), replicas of Selangor’s crown jewels, uniforms, samurai helmets and various gifts from royals and dignitaries from around the world.  I was not aware until I read it in the museum that the Selangor royals were originally Bugis from Celebes (Sulawesi) who were forced out of their island in the 1700s by the Dutch and migrated to the Klang area to set up a new dynasty.

As often seems to happen in Malaysia, I was the only person in the museum.

Across the street from the Galeri Diraja is an interesting building dating from 1874, formerly Chartered Bank, the first bank in Klang, but now occupied and well maintained by a sari shop.  According to the Selangor State Museum, during WWII the Japanese used this building as an interrogation and execution centre for prisoners of war

Klang was for a time the state capital of Selangor until that honour shifted to Shah Alam. Of course the town had to have a palace for the Sultan and not a modest one either, sprawling over 24 acres. There was talk of opening part of the palace to the public but it seems that has not happened yet.

There appears to be a large ethnically Indian population in Klang and the Little India district, centered around Jalan Tengku Kelana, is one of the more vibrant and colourful ones around. I enjoyed a tasty curry in the New Colombo, one of the more up- market looking restaurants in that area. I opted for a curry in preference to a Bak Kut Teh (literally translated as meat bone tea) which is one of Klang’s most famous and highly sought after dishes, but not really my cup of tea.

There are plenty of interesting sights and smells in Little India, (Jalan Tengku Kelana). 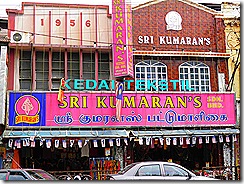 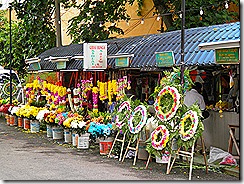 There is a nice diorama of this same street in olden days in the State Museum in Shah Alam: 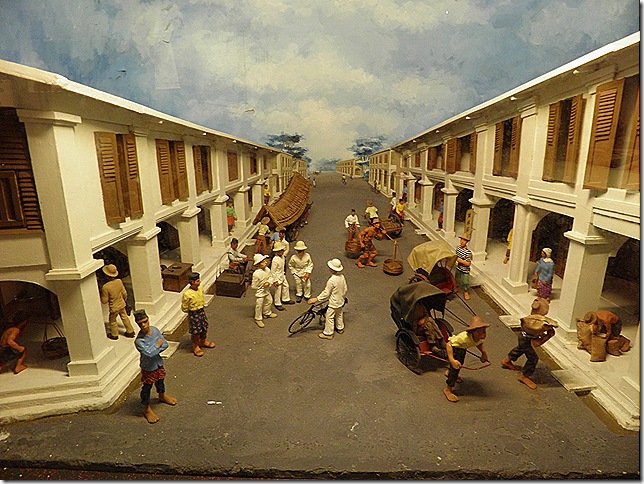 This is the mighty River Klang,  looking a bit feeble at low tide, with only a few kilometers to go to reach the sea at Port Klang, the main commercial container port serving the Klang Valley region which includes Kuala Lumpur.

Klang is quite a big town these days. It has to be said that there a lot of untidy, ugly and run down parts to it. But if you are in KL and have a day to kill, why not jump on the train and pop down to Klang? All the photos taken in this post were taken within walking distance of the railway station. 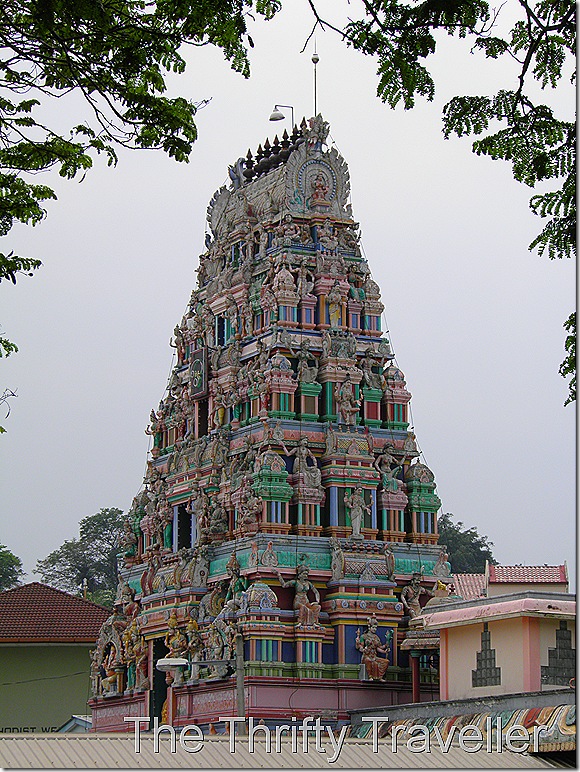