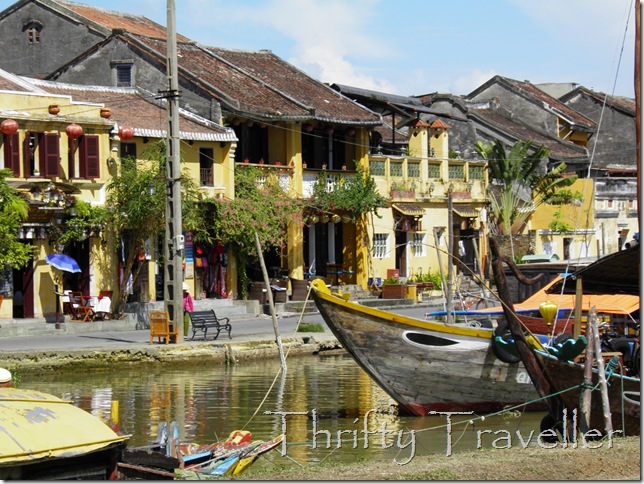 Hoi An’s old buildings are well preserved despite being subject to annual flooding.

Air Asia recently resumed direct flights from Kuala Lumpur to Da Nang, Vietnam. Since they were offering cheap discounted fares and I had never been to this part of Vietnam before I decided to take my sons for a short trip. 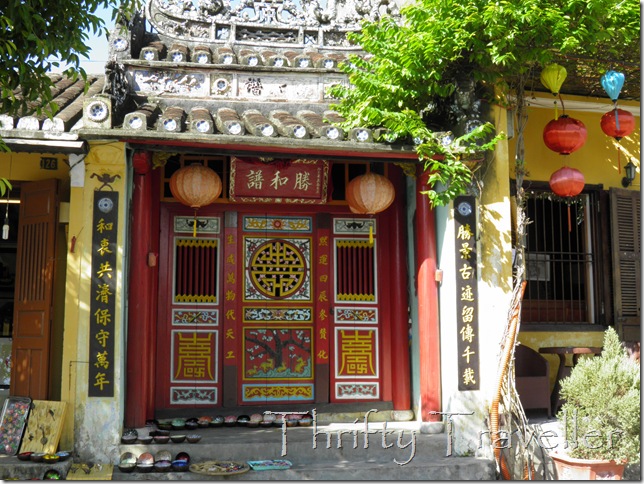 There are a number of temples, clan houses and museums which are open to the public.

We based ourselves in Hoi An, a small historic town around 30km south of Da Nang. Hoi An is every tourist’s idea of what Vietnam should look like with rice paddy fields, colourful markets, temples, locals in conical straw hats and so on. Of course reality is somewhat different but Hoi An old town is remarkably well preserved, in recognition of which it was declared a UNESCO World Heritage Site in 1999. Once a trading port, the town is now given over entirely to tourism.

Tourists mill around the quaint, traffic-free streets (cars are banned from the old town centre), looking for souvenirs or somewhere to eat. Shopkeepers try to lure you into their tailor shops or sell you a pair of custom-made shoes. My son ordered a pair of Toms style slip-ons. They only took 6 hours to make and were not bad. 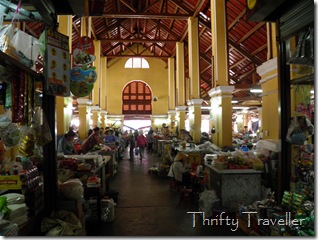 There are dozens of good restaurants and cafes to choose from in Hoi An. In this internet age where everyone gets their travel tips from Trip Advisor, there is a tendency for tourists to flock to the same few restaurants but we preferred to spread our custom to some of the less frequented ones and all the meals were excellent (and, importantly, no tummy problems!). The Hoa Vang Yellow River Riverside Restaurant tempted us in with its sign saying G’Day Mate, Tassie Australia, Coldest Beer in Town.

At night the silk and paper lantern stalls add to the atmosphere and old women try to sell candles in paper boats for floating down the river, which are later fished out by kids with nets and re-sold. There is a night market but by 9pm most of the shops have closed their shutters and the streets start to empty. Hoi An old town is not the place for a boisterous night life.

Many of the hotels, including the Ha An hotel where we stayed, provide free bikes for getting around. There are quiet rural lanes to explore close to town.

If you don’t want to pedal yourself you can always hire a cyclo.

Another popular activity is to take a river cruise. 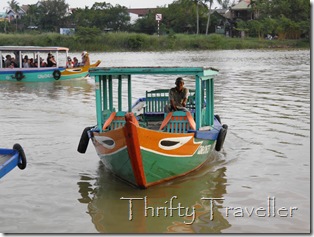 Hoi An has the added advantage of being close to some very fine beaches. The best one we went to was called Hidden Beach, about a 6km bicycle ride (each way) from Hoi An.

Rattan coracles used by fishermen at Hidden Beach, Hoi An

Sunbeds and umbrellas are provided free of charge by the restaurant owners though of course you are expected to buy drinks or food from them. 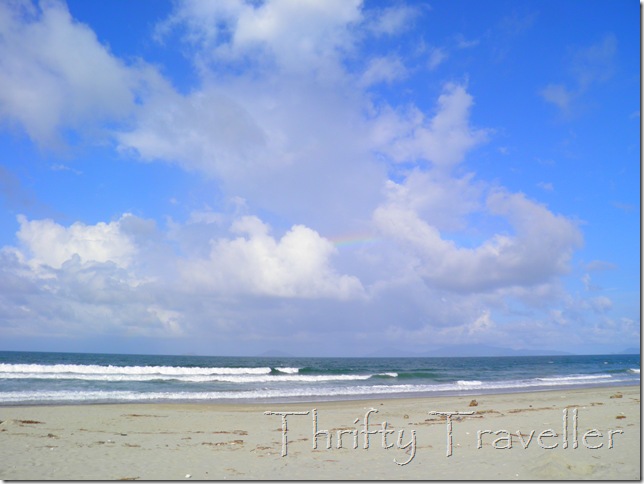 We enjoyed our stay in Hoi An and would be happy to go again.

Relaxing Hoi An – It’s that kind of place!