During our recent visit to Melaka (Malacca), I was pleased to see that the old Majestic Hotel is still standing. In fact, not only is the classic 1920’s mansion still standing, it has been rejuvenated and transformed into a real beauty. We had last seen the Majestic in June 1992. Together with my wife and first-born child, then only 7 months old, we were spending an enjoyable holiday in Malaysia. After a few days in Penang, I rented a car and thought we would slowly drive down to Singapore, stopping off in a few interesting places along the way (Cameron Highlands, KL and Melaka). When we arrived in Melaka there was some event going on meaning that every decent hotel in town was fully booked (I never made advance reservations in those days). We were tired and it was getting late when we stumbled upon the Majestic. It didn’t look much from the outside. It must have been a grand residence once but by the time of our visit it was looking quite tired and run down. Still, even if it was a dump, we were desperate and I imagined that it might have some spacious old rooms inside with charm and character. Reluctantly, my wife agreed to try it.

‘How much?’ I asked. ‘Fifteen ringgit’ he replied.

‘We’ll take it’. I think he overcharged us but it is probably one of the cheapest room I have ever stayed in.

There was a squalid toilet and shower at the end of the corridor, perhaps used by staff. It was one of those sweltering Malaysian nights and the room was like an oven. After an excellent meal at a nearby outdoor restaurant, washed down by a couple of large bottles of Guinness, we retired to the room for a very uncomfortable night but at least our infant son slept well. 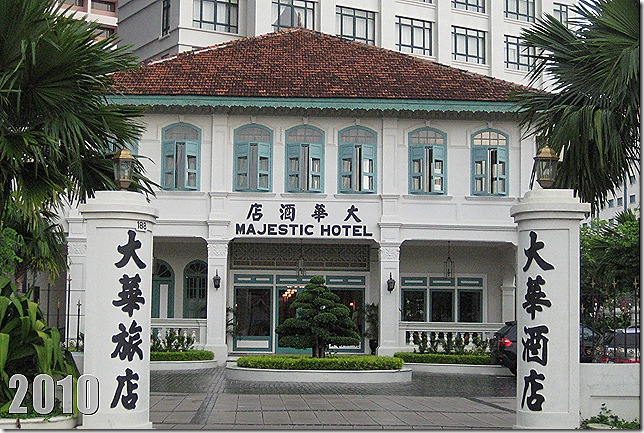 As you can see from the recent photo, the hotel has been restored to its former glory. The renovation has been done tastefully and the interior layout of the lobby area has been left more or less unchanged. Many of the original architectural features have been preserved. Even the floor tiles in the lobby are the same as those in 1992, only a lot cleaner and shinier!

A high rise extension has been added at the rear which houses the 50 or so rooms and suites. The original building serves as the lobby, bar and dining areas.

The new owners, the YTL group (who manage a few other classic hotels in Malaysia), deserve a pat on the back for a job well done. It would have been so easy, and possibly more lucrative, to demolish the old building and redevelop the whole site but then the charm and character of the old hotel would have been lost forever. Of course, the rooms cost a bit more than RM15 per night these days. According to the website you could expect to spend upwards of USD250 per night. Being The Thrifty Traveller, that is rather more than I would normally spend but if I ever feel the need to splurge, the Majestic Hotel would definitely be my preferred choice in Melaka. 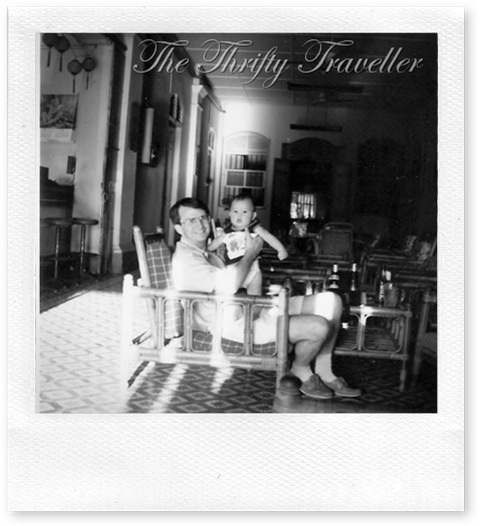