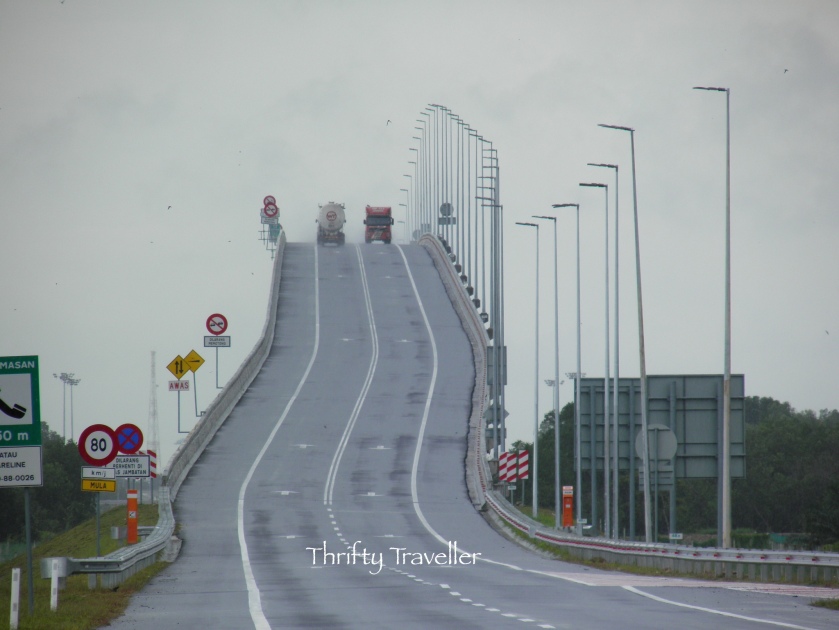 An optical illusion, enhanced by a touch of zoom lens, makes this bridge linking Pulau Carey and Pulau Indah seem much steeper than it is in reality. The actual gradient is 4%, which is steep enough to require runaway truck ramps to be provided at both ends of the bridge.

The bridge is known as the Selat Lumut-SKVE Bridge and it crosses one of the mouths of the Klang River just outside Klang port.

This stretch of the South Klang Valley Expressway was opened on 1 October 2013.